It all started in 1972 when Rob relocated to Sydney, acquiring a recruitment firm, which placed temporary and permanent professional and support personnel within accounting and legal firms. From the provision of these services grew our benchmarking services, in particular our charge rate and salary surveys for the accounting profession which commenced in June of 1974.

These services expanded to become the leading source of broad ranging key information beneficial to the Australia accounting profession, as well as the collation of charge rates and salaries applicable to the financial planning industry. This information is now supplied to hundreds of firms each year in addition to the Australian Bureau of Statistics.

The firm also become known as expert valuers of accounting, financial planning and legal firms. Likewise, Rob and later Michelle became highly sought after keynote speakers, facilitators and presenters amongst these select professions on all matters of practice performance, management, proprietorship or succession nature. Our firm is also periodically quoted in, or authors of, articles within professional journals, magazines and the boarder ranging press, in addition to our own e-mail newsletter known as the MAP Memo.

Michelle Knights joined her father Rob at the firm in 1997, commencing initially as the Services Co-ordinator and later progressing to the position of Associate. During this time, Michelle retrained in the areas of accounting, financial planning, marketing, business valuation and exit planning. She later succeeded Rob in the leadership of the firm in 2004, following his short battle with cancer. Rob often joked that he bred his own succession planning, but it had an extremely long lead time, that of 30 years. 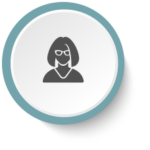 Compelling reason why user would contact Rob Knights, taken from text above